How two lifelong friends are redesigning the beekeeper economy 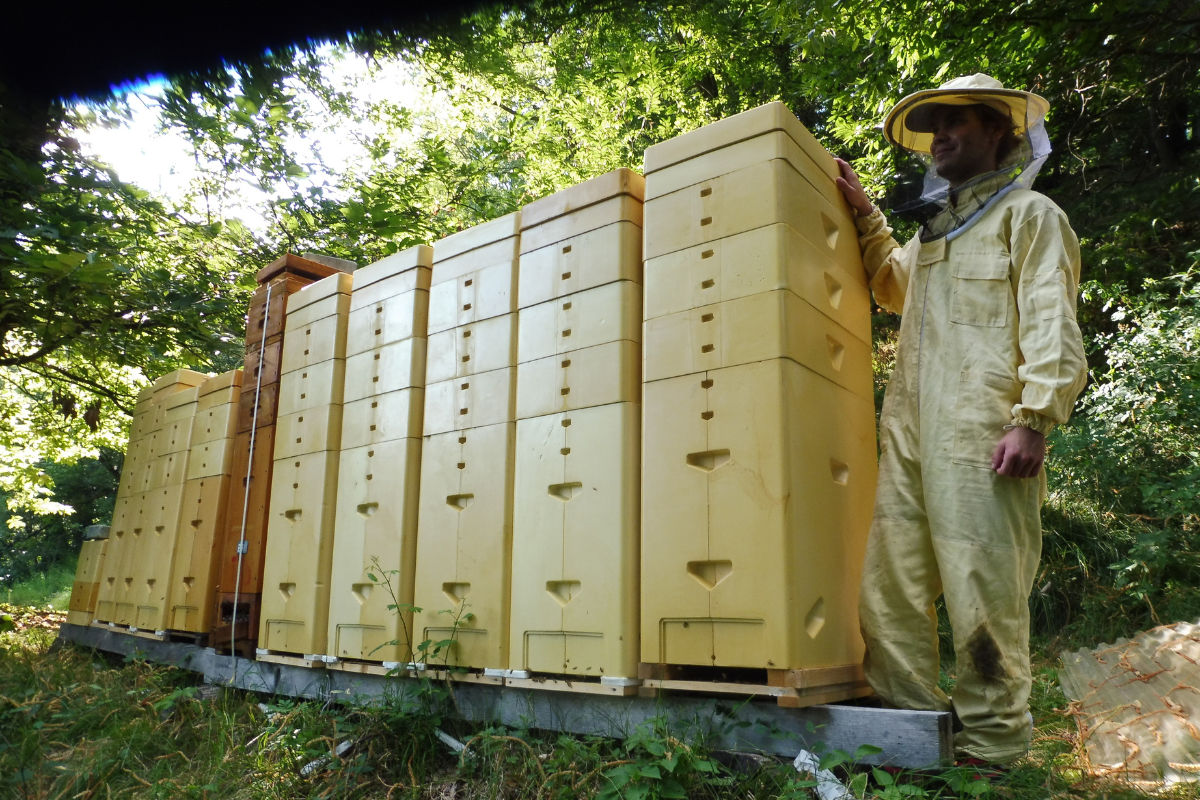 When Alex and Giangio started making honey in their spare time, they had no idea it would eventually lead to them founding a bee-focused startup. Inspired by nature, PrimalBee® is disrupting a product that has barely seen innovation in 170 years: the beehive. Now they’re looking for investment to scale.

Alessandro (‘Alex’) Gamberoni and Gianmario (‘Giangio’) Riganti first met in high school and have been friends ever since. Brought together by a mutual love of outdoor sports, they often went on climbing or skiing trips together and frequently spent these outings advising each other on their respective business ventures.

After several years working hard as entrepreneurs, Alex decided to close his workshop and started making his own honey as a hobby. He invited Giangio along – making honey became an opportunity for the two men to spend time together. The pair gradually became more and more involved in beekeeping; they took a course and became members of a local beekeeping association. But something wasn’t right – they kept losing their colonies.

The breakthrough came when a beekeeping contact called and invited the pair to see a huge colony he’d discovered. Inside a huge hollow cedar tree, they were surprised to discover an entire hidden world of honeybees – living entirely differently to the way they did in human-raised hives. This planted the seed of an idea that would later become the PrimalBee® Hive.

The classic beehive design was created around 170 years ago. It is essentially a wooden box, and limited innovation has been applied since its inception. Anyone with a basic knowledge of carpentry can build one and the market is huge, but it’s far from the best solution for bees. Even high-tech solutions don’t offer much of a benefit – it’s like adding sensors to track your bank account when the balance is always at zero.

PrimalBee®’s founders realized that allowing the bees to utilize their own resources was crucial and the key to ending hive losses. ‘In a standard hive, honeybees are forced to throw 90 per cent of their resources out the window, so to speak,’ says Gianmario.

Honey bees, they proved thanks to 12 years’ of R&D, are thermally sensitive. Tiny variations can have an outsized impact on the colony as a superorganism. Bee colonies need to remain at a certain temperature to survive: the role of the worker bees is to keep the queen warm so she can produce a new brood as soon as possible. Once the temperature inside the hive hits 36 degrees Celsius, the queen will begin to lay eggs. These eggs quickly become more important than the queen itself – as the next generation of bees. Over winter, when the colony is broodless, the queen needs to be kept at 28 degrees Celsius to survive and be able to lay eggs the following spring. The hive is the hardware connecting two environments at very different temperatures: the inside and the outside.

Alex and Giangio’s patented solution – the PrimalBee® Hive – redesigns the beekeeper economy, protects honeybee populations and fosters a solution that works with the bees rather than against them. It is the first hive designed with bees at the very core of it, thanks to an altered nest shape and material aiming for better thermal efficiency of the box itself.

‘We wanted to create a solution that works from the point of the view of the bee,’ Alex explains. The company’s aim is to let the bees do what they are programmed to do. That is: collect pollen and nectar,  increase the brood population, and produce more honey. Ultimately, that also means better pollination and a more secure food system for humans, too. 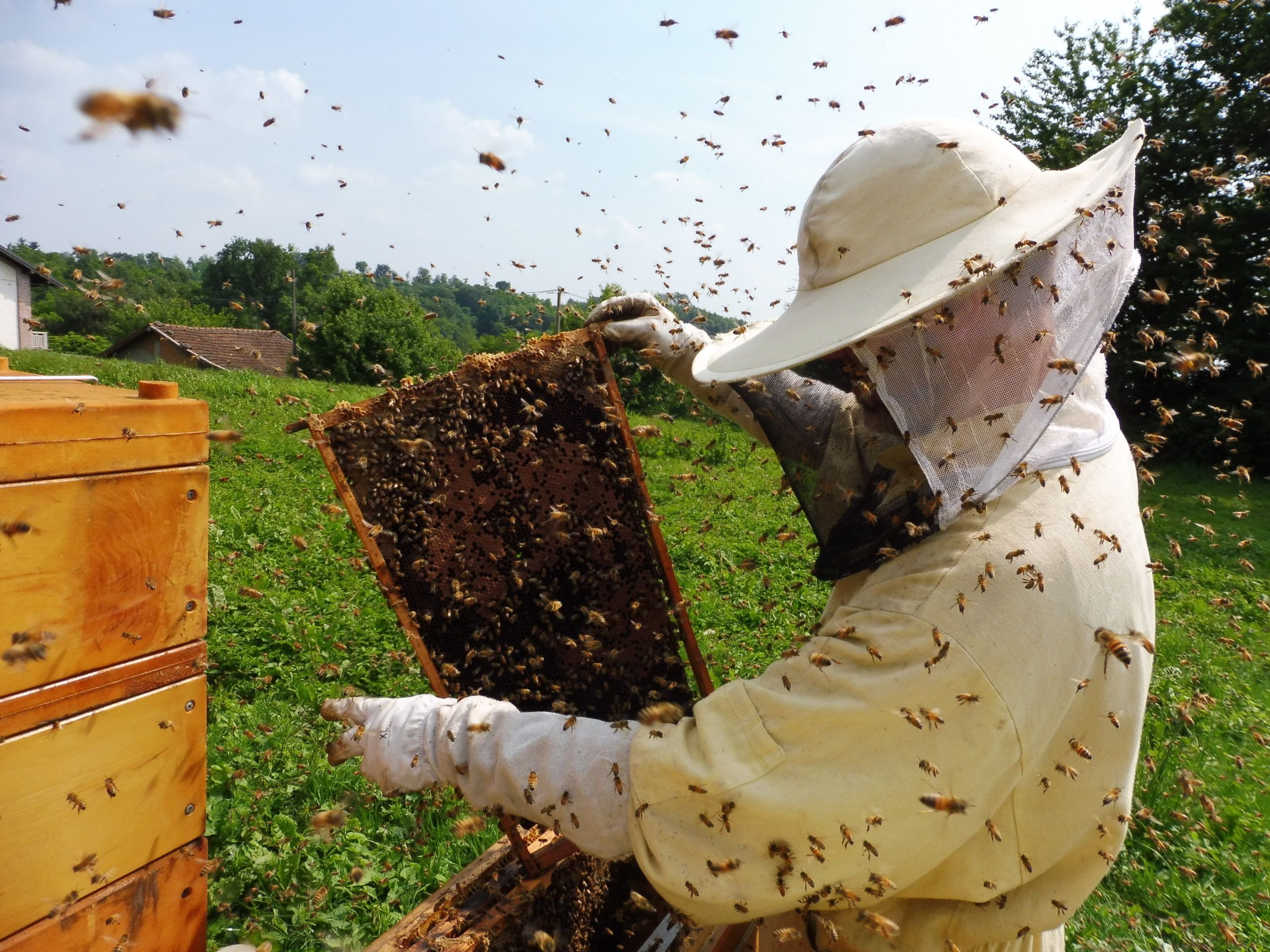 From Alaska to Israel

After coming up with their prototype, the team reached out to beta testers. The hive management system was tested first in Alaska, where it showed great promise – the bees survived the winter for the first time. In the Negev desert in Israel, where extremely hot temperatures usually ‘cook’ the bees, the PrimalBee® Hive performed well too, even surviving five years in a row without any chemical treatments.

Since Alex and Giangio started testing the first iteration of the PrimalBee® Hive almost a decade ago, their hives have not experienced any brood diseases: something unheard of elsewhere, anywhere else in the world. The product also saves beekeepers time and money. Today orchards pay a significant amount of money to professional beekeepers to rent their hives for pollination services, as a means of increasing food production.

The PrimalBee® team is now looking to scale their solution, setting up a dedicated supply chain in their target markets: USA, Australia and New Zealand, Europe. Aiming for a competitive retail price, the team has redesigned the whole hive system, opting for different production technology and alternative materials. Many of their customers’ suggestions have also been implemented, improving design and operational efficiency. The latest version of the PrimalBee® Hive will be available five to six months after the seed funding round concludes.

Any additional funding will go towards expanding the team, developing their marketing capacities and creating a more affordable version of the system. Their innovation has already won positive reviews from beekeepers and interest from international investors in the US, Singapore, China as well as in Switzerland.

Connect with Alessandro or Gianmario on LinkedIn, or visit the PrimalBee website to find out more.

Claudio Reinhard set out to write his...

How this end-to-end innovation platform is helping to close the data gap on nutrition status in children and adolescents in Switzerland.

With Serge Rezzi at the helm, the...

Nestlé has announced that it is...